November is Native American Heritage Month and a golden opportunity to learn more about the history, culture and contributions made by Native Americans on both a local and national level. Our region is the homeland of many Native American Tribes, including the Coquille Indian Tribe , Confederated Tribes of Coos, Lower Umpqua, and Siuslaw Indians, and the Confederated Tribes of Siletz Indians . For thousands of years, members of these tribes have lived, fished, hunted and gathered along the southern Oregon Coast and its estuaries, rivers, and in meadows and forests - long before the first European settlers would ever arrive. 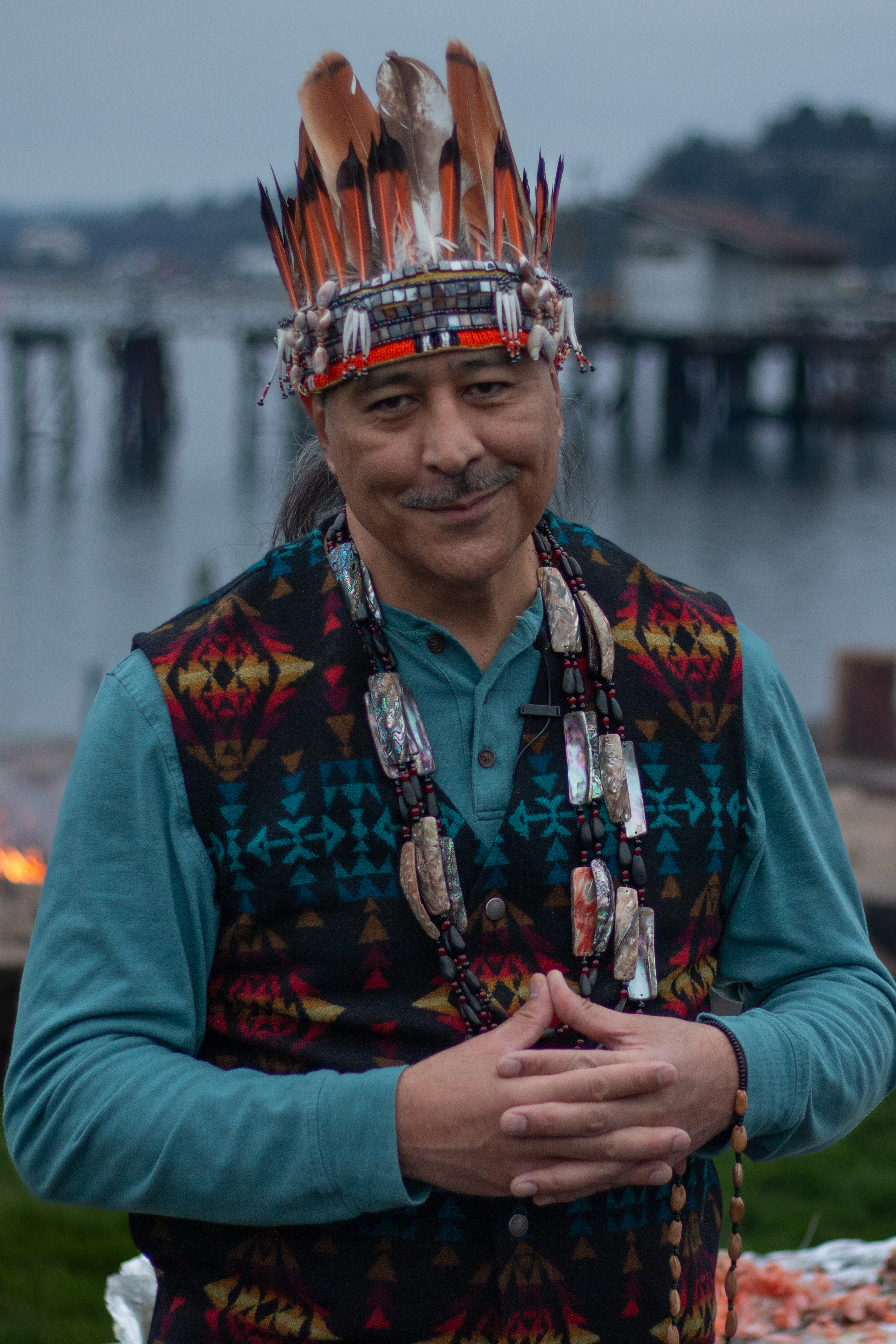 Travel Oregon recently published a Guide to Tribal Nations (copies are available at the Coos Bay Visitor Center or click here to download the guide ). The guide highlights each of the nine federally recognized tribes of Oregon, including those on Oregon’s Adventure Coast: Coos Bay, North Bend, Charleston:

Coquille Indian Tribe Ancestors of the Coquille Indian Tribe flourished in Southwestern Oregon for thousands of years, roaming a homeland that stretched across more than 1 million acres. Today, the Coquille (pronounced ko-kwel) Indian Tribe numbers nearly 1,200 people. It is the second-largest employer on Oregon’s Adventure Coast, and proudly practices the ancient tradition of potlatch, employing its resources to enrich the whole community. The tribe’s unofficial motto is, “Take what you need and leave some for the others.”

Here are some local destinations where visitors can learn about the tribal heritage on Oregon’s Adventure Coast: Coos Bay, North Bend, Charleston

Coos Bay Boardwalk In celebration of Native American Heritage Month , the Coos Bay City Council held a Tribal Flag Ceremony on October 28, 2022 at the Coos Bay Boardwalk, where the three tribal flags of the Coquille Indian Tribe, Confederated Tribes of Coos, Lower Umpqua, and Siuslaw Indians, and the Confederated Tribes of Siletz Indian will be flown henceforth. The ceremony included a presentation to each of the three tribal governments.

Coos History Museum The Coos History Museum opened a new exhibit this month, Reclaiming Our Words: Tribal Language on the South Coast, a collaboration with the Confederated Tribes of the Coos, Lower Umpqua, and Siuslaw Indians, the Coquille Indian Tribe, and the Confederated Tribes of the Siletz Indians. The new exhibit, located in the Main Gallery through October 2023, features the Tribal languages of the Southern Oregon Coast and the efforts to preserve and share them. Visitors will gain a deeper understanding of the importance of language to Native American culture, and the history of how the languages were and are passed down. Explore and learn Native words through interactive visual and audio displays and see explanations of how local place names originated. All are welcome to view the exhibit during museum opening hours, Tuesday – Saturday from 10:00 AM – 5:00 PM, included with museum admission.

The Sek-wet-se Tribal Forest and the Empire Reservation are not open to the public.

For details on accessing specific places, the public is encouraged to contact the Coquille Indian Tribe Natural Resources Department at (541) 756-0904.

Mill-Luck Salmon Celebration The Mill-Luck Salmon Celebration is an annual event celebrating the heritage, culture and traditions of the Coquille Indian Tribe and other Pacific Northwest Tribes. This free outdoor festival happens the second weekend of September each year at Mill Casino * Hotel & RV Park in North Bend. Visitors can enjoy performances by Native American storytellers, drummers, flutists and dancers, a marketplace offering traditional wares and foods, a bay-front canoe exhibit and races, traditional games and activities for children, plus various cultural demonstrations and educational exhibits for the whole family. The traditional salmon bake meal is available for purchase.

Here are additional details about both the Confederated Tribes of the Coos, Lower Umpqua, and Siuslaw Indians and the Coquille Indian Tribe. Originally posted in this September 2022 Blog Post

ABOUT THE COQUILLE INDIAN TRIBE

ABOUT THE CONFEDERATED TRIBES OF THE COOS, LOWER UMPQUA AND SIUSLAW INDIANS