We want to introduce you to one of Oregon’s greatest sports legends, Steve Prefontaine, who’s pursuit for Olympic medals was a driving factor in the American running craze in the mid-1970s.

During his brief 24-year life-span, Steve Prefontaine grew from hometown hero, to record-setting college phenomenon, to internationally acclaimed track star. In that time, he claimed seven NCAA titles, a fourth-place Olympic finish in 1972 (5K), and American records from 2,000 meters through 10,000 meters. Click here for more of his records.

We in the Coos Bay area, hold a special place for Steve here where he was born in 1951 and discovered his gift for running fast and far as a student at Marshfield High School. It was here, he developed his foundation of commitment; working to be the best in the field, and doing it his way. He was one-of-a-kind and when he ran those fortunate enough to witness it, saw something they had never seen before, or since. He was one of those rare people who combine talent, discipline, determination, and natural celebrity with a single-minded vision. This is what made Pre the inspiration to those he called “his people”. Even now, decades after his death, devoted fans who came to watch him run and entered into the performance with roars of encouragement, still shout, “Go Pre!”

Every September, at the Prefontaine Memorial Run in Coos Bay, participants honor Steve with a challenging 10K road race across one of his old training courses, with its finish line at the high school track where he first competed. Click here for more information about the race.

Here are some facts about this local legend:

WHO WAS STEVE PREFONTAINE, “Pre” to his fans?

WHY WAS PRE SO POPULAR THEN AND NOW?

In June 2008, during the Olympic Trials held in Eugene, OR, the Coos Bay–North Bend Visitor & Convention Bureau (VCB) shared Steve Prefontaine’s hometown history. The VCB, along with the Mill Casino Hotel and 75 coastal volunteers, showcased their love of the area, promoted the annual Prefontaine Memorial Run in Coos Bay, and shared a part of Pre’s history. 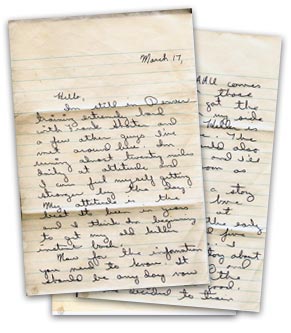 The VCB shared old photographs, racing programs, newspaper articles and the highlight of their display, a never before published letter written by Steve Prefontaine shortly before his death. The letter dated March 17th, was written to Prefontaine’s Marshfield High School coach, Walt McClure in 1975.

Katherine Hoppe, previous director of the Coos Bay–North Bend VCB said, “When Walt first brought the letter to me, I was afraid to even touch it, I was in awe. We’ve actually had a copy of it for months but have been waiting for just the right time to release it. With the opportunity to participate in the Eugene 08 festivities, we couldn’t think of a better time or place to share this letter.”

Pre writes of his training with Frank Shorter in Denver, of his battle with the AAU, getting ready for “the Finn” and of his intentions to begin training for the 76 Olympics.

Learn more about Steve’s early years, see where he trained, and follow his footsteps on a Tour of the Coos Bay area conducted by his sister, Linda. The Tour de Pre is for small groups and is booked directly with Linda Prefontaine.